There is a problem in our Western culture that doesn’t appear to be getting better. The practice of open and honest dialogue is slowly disappearing. Too often we selfishly preserve our beliefs by shutting down the dialogue that we wish to avoid. We react before thinking. We assume first and ask questions later. We assert our view before considering another. We make others hear us before we will listen. I’m sure that at some point we all have been guilty of this. But when we do this, we choose to keep the door to our echo chamber closed.

This conversational deficit not only creates more walls that divide our already divided society, but it also diminishes opportunities for honest dialogue to occur. That would include discussing some of the most important questions to consider in this life: Why am I here? Who am I? What is the meaning of life? Is there a life after death? Is there really a God?… There are some who still understand the importance of honest dialogue. But it requires humility, which assumes patience, empathy, and gentleness. And to develop these traits, it takes discipline. Quite frankly, that is typically not a quality we strive for anymore.

If we attempt to stir up a conversation with a stranger about Christianity, they may be willing to briefly discuss the idea. However, once we bring up the possibility of it being real, exclusively true, and ask people to seriously consider it, a popular perception may arise. That perception is that you are being imposing, judgmental, and intolerant. But why? Is this presentation of ideas truly harmful? Or is it because Christians can at times be hypocritical, forceful with their views, judgmental, politically aggressive, and assert themselves as morality police? Perhaps. And what about the negative reactions we see today to the idea of the Christian God? Are people reacting this way because they are angry secularists who want to get rid of Christianity? Does their worldview demonize Christians? Are they seeking limited religious freedom and influence in politics? Or do they simply prefer moral autonomy? That may well be the case. But is that really all there is to it? Well, let’s talk about that.

Being a Christian, I know that we Christ followers can come off as arrogant, prideful, selfish, and hypocritical at times (as would any other human being). Although, I am also fully aware that not everyone who claims to be a Christian is actually a devoted Christ follower, though they may attend church and “look the part”. And furthermore, Christians don’t claim to be perfect… yet, but rather sinners dependent on God’s grace to transform them to be more like Jesus until they are finally made perfect when they are welcomed to eternal joy and peace with God. Maybe you have encountered someone who is still quite “spiritually immature” (not that this excuses bad behavior). This does not detract from the exemplary character and accountability that Christians are commanded to live out.

If you aren’t a Christian, it may feel like Christians always have an agenda. If you are a Christian, you may be thinking, “Why would anyone think that? They just don’t understand our heart behind it”. But here’s the catch, these aren’t always false perceptions about Christians. Oftentimes, people have experiences with Christians that are, in a word, unloving. And if the intention wasn’t to be unloving, then the experience was at least perceived as such.

Is it wrong to share our faith and reason with others about Christ? Should we not stand for what we believe to be the truth? Must we compromise on the truth of God’s Word in the name of “tolerance”? Absolutely not. Can we control if someone chooses to perceive what is a genuinely loving approach to sharing the gospel into a negative experience because you believe in a different truth than they do? No. But we can control how we share the message of the hope that we have in Christ.

Too often we can be fooled into removing Jesus from the very activities that we are supposed to be doing for Jesus. If we impatiently, arrogantly, and selfishly pursue what Christ wants but leave Him behind in the process, then we become like a “noisy gong or a clanging cymbal” to others (1 Cor 13:1-3). Consequently, we become people who simply want to push their religion, failing to adequately display the love of Christ. To snuff out the person, character, and message of Jesus from our efforts is to deprive the very people that we are trying to reach from experiencing the love of God through us.

The Importance of Truth

Maybe you are not a Christian and the idea of Christianity makes your blood boil. Perhaps you have had similar thoughts about Christians and agree with these observations. Although, I must remind you that no one is exempt from these standards. If these standards are placed on the Christian, why should they not be applied to all? Perhaps you yourself have unlovingly tried to “convert” a Christian to what you believe to be true about the world that we live in. The desire to convince someone that your worldview is the “right” one is based on the belief that there indeed is a foundational truth to be argued for, which is a good principle. You “fight” for that truth because Christianity and your worldview cannot both be true. If one system of beliefs is ultimately right about its end, then one must also be ultimately wrong.

Maybe you think that all truth is relative and therefore, why impose one’s personal truth upon another? Why not let everyone be themselves and believe as they wish? At face value, this sounds quite peaceful. However, by that logic, truth becomes subjective to fit the desires of each person, which would mean the truth is subject to change. How then do we interact with someone who believes it is good to kill people? If this were logically played out in society, we would be left with moral chaos. By definition, truth is a constant state of reality. If we really evaluate our beliefs, we will see that truth matters to us all.

For Christians, we believe that truth is rooted in Jesus, the man who claimed to be God in the flesh. Who claimed to offer salvation through sacrificing Himself for us. And who claimed to grant forgiveness from sin and eternal life with God to those who repent and follow Him. And if indeed this is true, that news bears heavy ramifications for our lives. Consider the words of Jesus before He was crucified:

“For this purpose I was born and for this purpose I have come into the world—to bear witness to the truth. Everyone who is of the truth listens to my voice.”Pilate said to him, “What is truth?” – (John 18:37-38, ESV)

The truth of the matter is that negative assumptions only add fuel to the fire. Demonizing someone who thinks differently from you will only end the conversation before it actually begins. We have more in common than we may realize. But what is our common ground? How can we approach honest questions about God? How should one properly interpret the Christian beliefs about humanity and our relationship with God? Is it reasonable to have faith? These questions will be considered in the coming articles for this “Bridging the Gap” series. Here is the next article, Bridging the Gap (Pt. 2): A Common Grief.

10 thoughts on “Bridging the Gap” 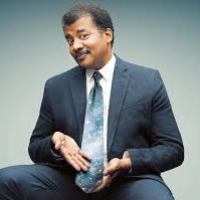 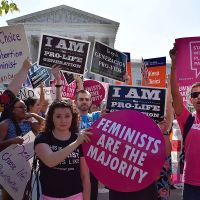 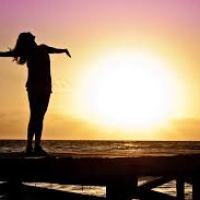 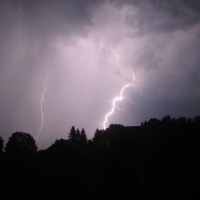